Getting to Know Us

About Tony
About Sharon
Our Certifications
About Tony

Coach Curl – Tony. I am the son of a NSW Country Rugby League referee and at an early age I learnt the power of words as I saw my dad keep control of some tough country boys playing a tough game, competing against vocal and passionate supporters. We moved from Glen Innes to Maroochydore and from there became a life-long lover of the waves, a pastime I enjoy when time and priorities permit.

Like many, I really had no idea what I wanted to do on leaving school, in 1984. I fell into retail becoming a Trainee Manager with Kmart and then spent the next 30 years working my way through some of Australia’s favourite retailers. In 2013, secure in a role and accountable for a portfolio of $300m and a team of over 300, I chose to change careers after finally finding my purpose. I love seeing the life come back into people, I love working with courageous people chasing their dreams. I am certified with two leading experts in the world, Steve Maraboli and John Maxwell and know the fear you face when you do take steps towards your goals.

Tony is an Empowerment Coach, and was the first coach in Australia certified in Psycho-Neuro-Actualization, the ground-breaking and effective coaching and influencing tool developed by Dr. Steve Maraboli. He is currently undertaking further studies in the field. He works with clients to align their actions with the desires of their greatest potential. He helps decode those bad habits and behaviours that keep people stuck, de-activates them and allows them to shine. He share his #dailyfuel picture quotes and messages on his growing social media platforms, helping people to #breaktheshackles of self-limitations

Coach Curl – Sharon. Coach Sharon. – I come from a large family of ten brothers and sisters, from two hardworking English immigrant’s parents, who had settled in Townsville, Queensland. As you can imagine with a large family, money was always well-managed, but the love was dished out in spades. My brothers and sisters are all diverse and all have added their unique touch to the world. in 1994, I moved away from my family to support Tony, taking up a promotion in Brisbane. While incredibly tough at the time, I have built my own family and career and have strengthened resolve to help and support others.

Sharon was accredited in 2015 as a PNA professional coach and helps women find their true self and to overcome their potential feelings of guilt as they balance successful careers along with their demands of family and home. She has been a successful administrator while being a loving wife and mum. She is well placed to serve you.

Sharon knows what it is like to raise a family and have a successful career. I know the choices we always seem to face. Balancing my husband’s career, my family needs, my instinct of a mother, and being attuned to the needs of my extended family. I know at times, I have felt guilty, I have felt not good enough, while at other times I have felt inspired while supporting others achieve their goals.

Tony became a Certified Member of the John Maxwell team, joining in August 2012, becoming certified in February 2013. I returned in February 2014 as a returning member of the JMT Mentorship, and achieved a goal of mine in sharing my story on stage to an audience of 650. Within the JMT I have access to an International array of acclaimed teachers who are constantly updating and upskilling me. I also have access to regular teachings from John himself. The JMT is the legacy of John and I am proud to be a member of his team. Clients of mine benefit from the teachings as I keep them abreast of the latest updates and developments as well as inviting them to webinars conducted by John. John has been consistently rated the number one leadership expert in the world.

Both Tony and Sharon are certified by leading Behaviorial Scientist and best Selling Author, Steve Maraboli. His coaching tool Psycho-Neuro-Actualization has been referred to as the most effective coaching tool available today. He has developed this program from his experience and research in Neuroscience, Cognitive Psychology and Motivational Psychology. This program cuts through the self-limiting beliefs you may have and aligns your actions to your goals and desired outcomes. In 2015 we have been accepted into the first ever class for the PNA PhD program and look forward to achieving this milestone which will certainly help us, help you ever more.. 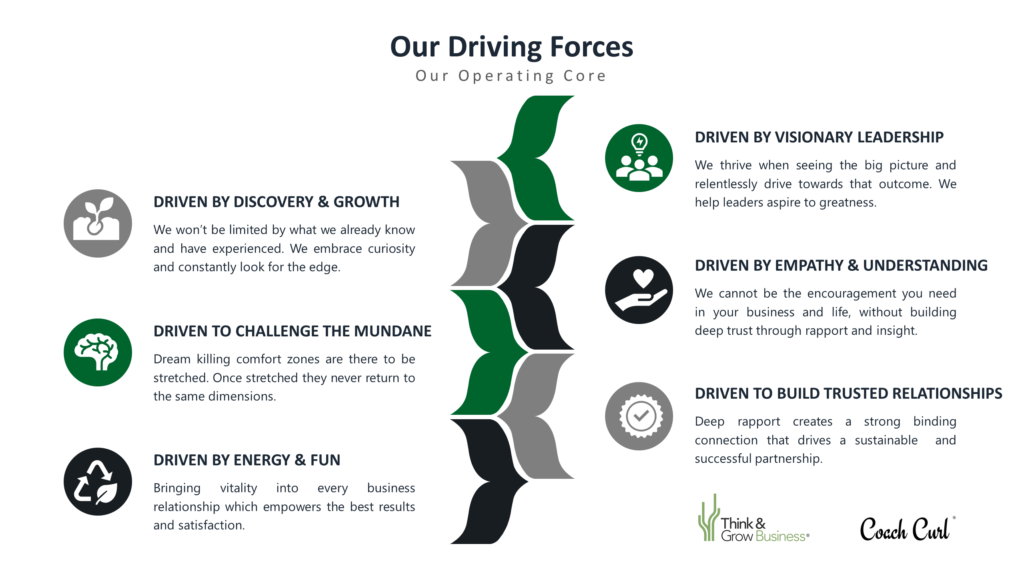 Tony and Sharon will work with you in helping you break the shackles of doubt, to break the chains holding you to the pain of the past, to exorcise the ghosts of yesterday and to help you establish the belief and behaviours today to build an incredible life

” Tony is able to set a rhythm that ensured our partnership had great results . Tony is a great coach who knows how to ask the hard questions that make you discover the answers for yourself. I look forward to working again with Coach Curl  “

“Tony is a very warm & approachable teacher and coach.He is able to break long term goals down into smaller, achievable steps. I found that having Tony as a teacher enabled me to empower my business  with a clearer vision .  “

“Tony has a great calming personality which allows him to endear himself with reflection and conviction as a qualified JMT leadership coach. With a wealth of experience in business, his passion for people is always at the fore in how he delivers on his promise. “

How Can We Help?

We guarantee success. Success in getting you moving forward and moving towards the best version of you.

Dream Designers. Workshops that create plans and goal-maps to your dreams. Amazing transformations and testimonials, life-changing.

Tony is a natural storyteller who takes his learnings from life and leadership to provide audiences with those “aha” moments.

Either one-on-one or in group mentoring settings, our coaching isn’t therapy, it’s about taking you from where you are now, to where you want to be.

Certified by International Experts in Empowerment and Leadership Coaching. Aligned with the best. Dr Steve Maraboli and Dr John Maxwell

We guarantee success. Success in getting you moving forward and moving towards the best version of you..

More than Simply a Coach. We become your C.E.O*